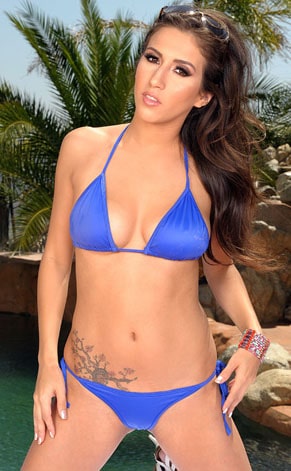 When you hear the name April O’Neal you probably remember the reporter from Ninja Turtles who always wore yellow jumpsuit. But, when you think better, you already know that there is a real life beauty that performs in the adult entertainment industry under that name. April was born on April 7th 1987 in Phoenix, Arizona USA and is of Mexican, Russian-Jewish, Nicaraguan and German descendent. This combination of ethnicities mixed well into one beautiful young woman. As a huge fan of the cartoon she decided to take the stage name of April and make some seriously good porn movies through the years.

April is pretty short girl (155 cm or 5 ft 1 in) and she says that she loves that people are nicer to short girls but that it sucks because she can’t reach anything. She thinks that her breasts are her best feature and declares herself as a bi-sexual (and that she enjoys her scenes with both men and women). Her hobbies include reading, playing video games, cooking and watching TV shows, especially anime. Her dream is to own a bakery some day and she says that her ideal man is someone with a good sense of humor, smart and with good hair. She’s fan of the bands King’s of Leon and Phoenix. Among the things that turn her on are boobs, confidence, nice hair and sense of humor. Her favorite position is her on top. 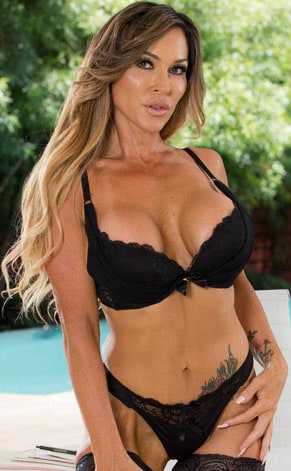