Maybe it’s the wisdom, or maybe it’s the confidence, but there’s something about a woman in her sexual prime that no man can deny. In Ariella’s case, she not only has the carnal knowledge and the self-assurance, she’s got an intense energy that steals the spotlight away from any teen wannabe. She’s a spitfire in the sack, and never one to take the passive role, so any prospective lover has to be ready to meet a few demands. He’s got to be well groomed, athletic, and ready to wrestle, because Ariella doesn’t play around with fools. She likes to show up on set, give one hell of an intense performance, then wrap up, because this lovely lady has things to do. When she’s not working her bangin’ Latina curves, this simmering mamacita likes to hike, camp, run, and practice martial arts, never wasting a moment of her vibrant and exciting life. 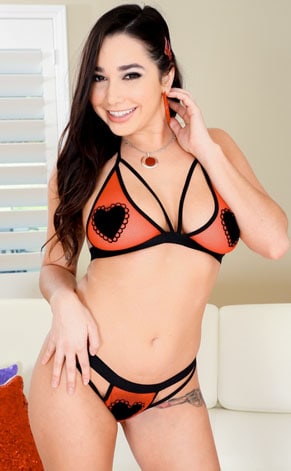