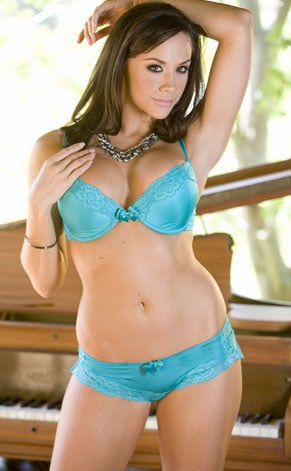 Chanel Preston is as natural and sensual as they come. A grade-A supermodel, she’s the de facto standard of porn superstar. “Gorgeous, sexy, elegant, not to mention personable, funny and articulate, she’s everything we look for in a pet,” are the words Penthouse’s Executive Editor used to describe her after she became the Penthouse Pet for March 2012. Her love for her craft radiates in every scene, and her pleasure glows with each expression. She begs for cock with such conviction that you’ll dream about her night after night. Chanel is always in search of new adventures, constantly upping the ante for what she’ll do onscreen. Multiple cocks at once, double penetration, deep anal, girl on girl; there are no boundaries. “Try anything once,” she says. A motto which has no doubt shaped her into the sexy, unpredictable vixen we see today – a gal who is never afraid to step outside her comfort zone. Born and raised in a quaint Alaskan town, Chanel had somewhat of a sheltered upbringing. Though she didn’t know what her particular talent was at the time, she always knew she wanted to be a performer. Whether it was reciting Shakespeare in the community theater during a school play or practicing the trumpet, she knew she thrived whenever she had an audience. This drive, coupled with her “do anything” attitude, has forged her into a modern sexual goddess. It’s been said that Chanel could have done anything she wanted in life, but this busty beauty chose porn. Almost sweeping 2011 AVNs with four nominations, Chanel finally got her due in 2014, taking home the trophy for “Most Outrageous Sex Scene.” She’s starred in 200 films with roles as diverse as they come, cosplaying everything from Wonder Woman and Black Widow to Avatar and Tomb Raider. This Alaskan sweetheart is one you’re sure to keep coming back to, time and time again. 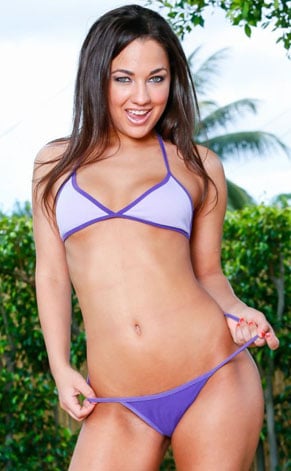