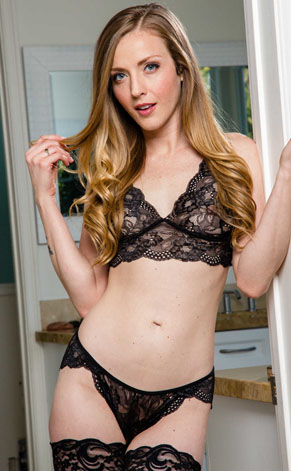 Her extra-curricular school activity was theater, and she was also good in figure skating (which she took for about one and a half years). She’s been a nanny since she’s been 14 (she’s been doing that until she entered the adult industry), and that was also the time when she had lost her virginity. Since she was always bisexual, she has slept with both guys and girls. However, she was uncomfortable about her bisexuality and she was trying to hide it, so before porn she has slept with more guys than girls (the total was 30 people). Anyway, as soon as she turned 18, she moved to Seattle, Washington. Pretty soon this blue-eyed blonde got married (to a guy who was a soldier), but very soon she got divorced.

Although Karla’s natural tits are not exactly big, and although she is a bit petite, her body is very well proportioned and it looks simply great. In a word – she’s perfect for modeling. Her first contact with the world of adult entertainment was webcamming. 6 months later she was contacted by a company that wanted to represent her. This hot lady consulted her boyfriend, and he encouraged her to go for it. Her first shoot was in 2013 for Team Skeet, and since then she’s been working for various successful sites and networks.

As I said, Karla was always bisexual, but since porn she’s much more comfortable with that fact. Again, she won the Spank Bank Technical Award in NOT ‘Gay For Pay’, But Bi EVERY Day category (in 2015). She likes to draw and she’s really into cooking healthy. She has 2 cats and a turtle, and likes listening to classic rock, indie rock and old country music like Johnny Cash and Willie Nelson. Karla likes watching documentaries, foreign movies and all the classics. In the future she wold like to live on a farm and grow her own organic food, and live off the land. 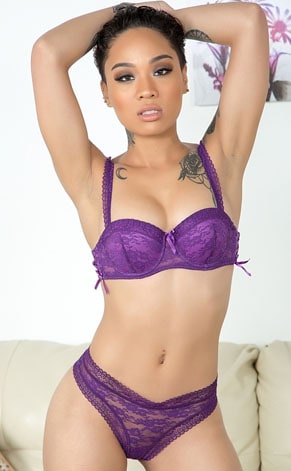