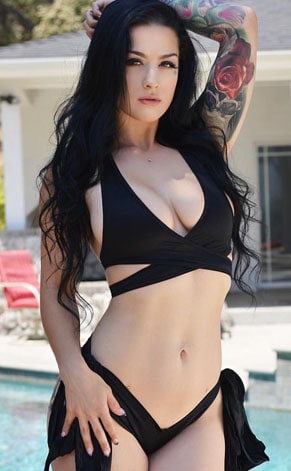 Katrina Jade is a raven-haired hottie whose knockout features and unbelievably fine assets are making waves in the adult film industry. With a gorgeous face, tiny waist, absolutely incredible ass, and natural F cups (topped with perfectly pierced nips), Katrina has the kind of curves that’ll make your knees weak. Decorated with several tattoos and piercings, this bodacious babe has an alt-girl appeal that’s down-right dangerous.

With a distaste for boring sex, Katrina’s guilty pleasures include cream pies and big black cocks. Though she’s happily married, Miss Jade describes her pussy as “single and dating,” making her the ultimate naughty wife fantasy. When she’s not busy living out her dream of fucking on screen, this scorching-hot starlet likes to keep active and play with her pets. So keep an eye out for Katrina Jade, because it’s not every day that you find an edgy actress this gorgeous! 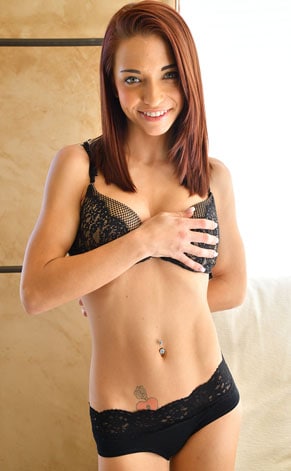