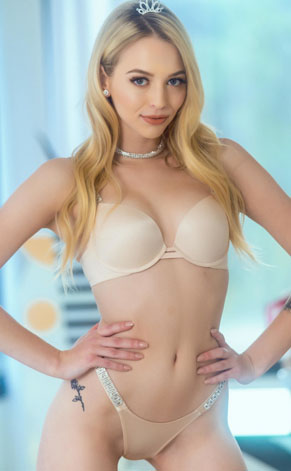 Lily lost her virginity while she was in a high-school, with her boyfriend in his parent’s basement. She said that she has always been sexually charged. Her naughty nature is the main reason why she entered the adult industry. Lily was working as a webcam model for a small webcam studio a bit over a year. She said that she enjoyed it but she wanted to move to a higher level.

Lily still works as a webcam model. You can watch her live shows on Chaturbate and Cam Room. She also creates content for her Only Fans profile where you can see her naughtiest actions. Since Lily moved to Los Angeles, she spends a lot of free time on beaches. She likes to listen to almost all music, but hip-hop and rap are still her favorite genres. Lily has two cats and likes to cook with friends. She has an idea of starting a lingerie brand. She likes healthy food and she drinks a gallon of smoothies in a day.