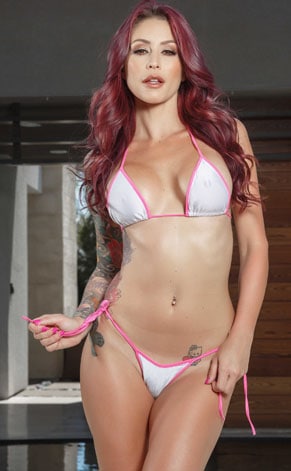 Born and raised in California, Monique moved to Sacramento and became a receptionist by day, stripper by night. Then a talent agent approached her about joining the adult film industry in 2001 and, looking for something a little more gratifying, Miss Alexander decided to give it a try! Beginning with only softcore, solo, and girl-on-girl shoots, this limber sex-kitten steadily honed her skills in the art of on-screen seduction and eventually graduated to full on, hot and heavy hardcore in 2005. And one needs only to take a look at her winning video collection to see that all her patience and hard work paid off. Not only has this babely bisexual been nominated for numerous awards, but she’s a four-time AVN Award-winning starlet! 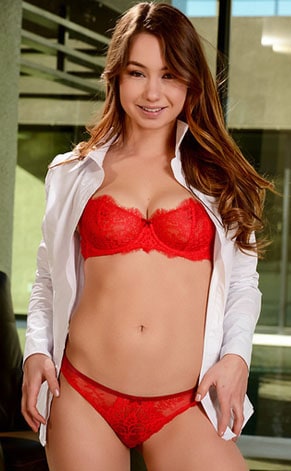