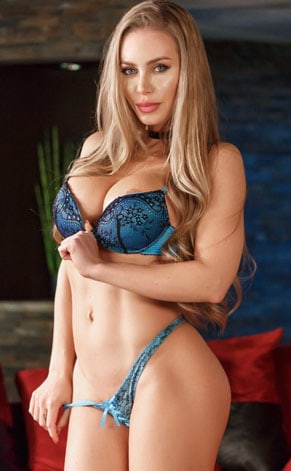 Nicole Aniston is a blonde-haired, blue-eyed, all-American dream girl. The busty beauty rocketed straight to the top of an already crowded industry thanks to her tight and toned physique, no-nonsense attitude, and versatility as a performer. Whether she’s called to play a tough-as-nails dominatrix or the most sensual of seductresses, Nicole Aniston brings an authenticity to all her roles that just makes them that much hotter. With over 100 scenes under her belt since her debut back in 2010, Nicole Aniston has earned dual XBIZ Award nominations and even a nomination for porn’s most prestigious award, the AVN. She was also the Penthouse Pet of the month for August 2012, the Penthouse Pet of the Year in 2013, and the Twisty’s Treat of the Month for September of 2013! Maybe it’s that rock-hard body of hers (a self-avowed fitness fanatic, Nicole hits the gym seven days a week), maybe it’s her years of experience in customer service prior to making the transition to adult entertainment, or maybe it’s just her boundless enthusiasm for pleasing her fans, but Nicole has become a hit with viewers and industry professionals alike! 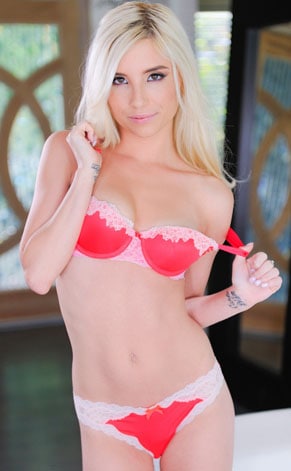