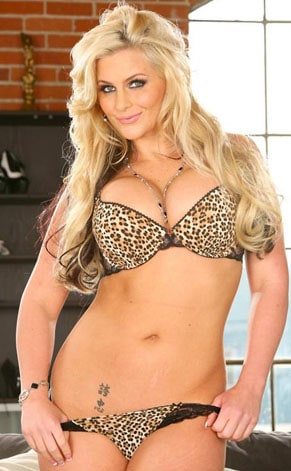 Phoenix Marie got into the adult entertainment industry back in 2006 when a nightclub bouncer with porn connections took one look at that perfect ass from across the bar and came to the sudden realization that this woman was clearly a star in the making. A couple phone calls later and this former bookworm was living life in the fast lane, red-lining the freeway of cock, sucking and fucking her way to the top! It didn’t matter if she was tasked with being a pussy munching school nurse or a cock-deprived stepmom taking on the whole football team, Phoenix Marie could handle anything that was thrown at her, or into her.