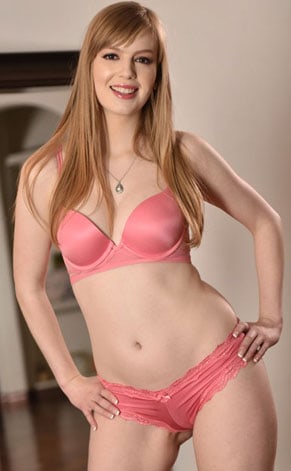 Whoever said grown men don’t want to play with dolls clearly wasn’t taking beautiful, bisexual babe Dolly Leigh into account. Growing up, Dolly was a “shy, nerdy, awkward girl” who was “very into video games, science and literature, and dated the valedictorian for over 5 years.” Before porn, Dolly had slept with less than half a dozen people. How did this sexy nerd turn to the slut side? A friend began to frequent cam sites online, so she thought she would check the scene out. It looked like fun! A self-described “total exhibitionist,” Dolly was really turned on by the idea of the camera. Soon, she would begin shooting kink and fetish videos, before taking the plunge into full-on hardcore fucking, and hasn’t looked back since.

Dolly’s exhibitionism has grown by leaps and bounds, thanks to her sexual awakening. These days, Dolly has a whole list of kinks and she feels especially naughty performing in front of crowds. At the top of her list of kinks, however, is electricity. She loves to be shocked while she is choked, has her face fucked, her round booty slapped raw and her nipples clamped. They say the nerdy types are always the kinkiest, and Dolly Leigh is no exception. An ideal mix between innocent cutie and filthy fuck doll, Dolly Leigh is a pornstar you definitely want to check out! 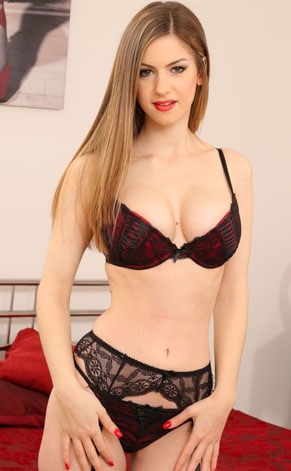