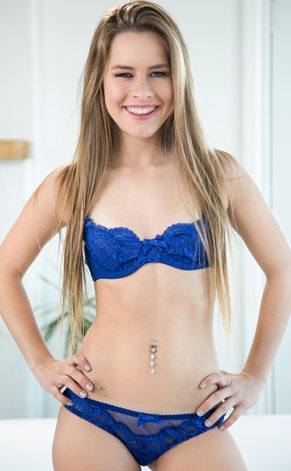 American teen dream Lilly Ford is one sassy, sexy, and spirited newcomer. An energetic blonde with a petite physique and larger-than-life personality, this frisky spinner can sure get wild. Notorious for her upside-down BJs and feet-behind-head sex positions, there’s nothing she won’t try in bed. Of course, being barely 90 pounds and flexible as a cheerleader helps. Her co-stars can’t resist picking her up and bending her little body into pretzels. And, boy, does Lilly Ford have a great bod! Always goldenly tanned, this blue-eyed beach babe has tiny titties and a high round ass that’s just begging to be spanked.

Practically made-for-porn, Lilly Ford made the leap into the adult industry right after her 18th birthday. She became XXX famous almost as fast as her first video went live. Fans hadn’t seen anything like her and they couldn’t get enough. That being said, don’t get fooled by her rampant popularity on social media. Lilly Ford might suck and fuck like a pro, but she has only filmed a smattering of pornos–so far! On DP Star’s Season 3, Lilly Ford is hoping to go in as a rookie and emerge as a superstar. Regardless of whether this pint-sized princess takes the crown, she’s sure to continue delighting fans on-screen for years to come! 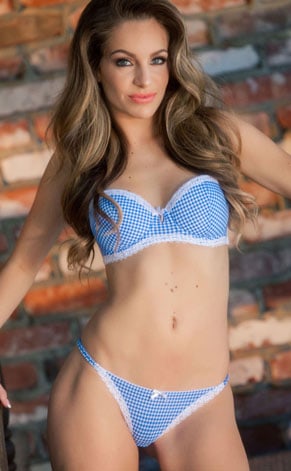